Hi, I am a guy that likes to think about, discuss and explore spiritual stuff. I am very much into mindfulness and teaching people to use it get past issues like anxiety. I also like to write. I created this web site to merge my passions and hopefully benefit others.

Since 2006, I have worked as a counselor with different populations in a variety of settings, i.e. foster kids, teens in recovery, adults with anxiety, couples. I am licensed as a mental health clinician in the State of California. I have completed a variety of advanced trainings in such areas as anxiety management, cognitive & dialectical behavioral therapies, mindfulness & trauma.

As a writer, my work has appeared in ElephantJournal, MindBodyGreen, Purpose Fairy, The Mastershift, GLAD.IS, Vision Magazine & Rebelle Society. I obviously write for this web site’s blog and I have a book proposal in the works.

I teach meditation and mindfulness and actually meditate every single day. I took my first meditation class back in 1994 but didn’t follow through with practice (I mysteriously held onto those class materials til this day). In the year 2001, I re-upped with some one-on-one meditation training via Rande Wegman of the School of Mindful Living. I stuck with it from that point on. I still think one-on-one is the best way to learn meditation.

Yoga is also a big part of my life.  My first teachers were Laura Plumb and Bhava Ram of Deep Yoga in San Diego. I completed a month long intensive yoga and meditation program (150 hours) provided by Agama Yoga in Mazunte, Mexico and a 200 hour yoga teachers training program with The Yandara Yoga Institute in Baja Sur, Mexico.

I like PEACE. It’s a theme in my life. The mindfulness, meditation, yoga & Pisces stuff definitely fits with that, but I am literally trained as a PEACEMAKER by having completed a rather arduous process to be credentialed as a Mediator by the National Conflict Resolution Center. Stretching this peace theme, my nickname as a child was “Binky”, the brand name of a pacifier, which I was always asking for. I want PEACE.

In what seems like a prior life, I had a career serving as the CEO of local governments, a.k.a. City Manager. It was reported that I was the youngest City Manager in the State when I was first appointed at age 30 in Hollister, CA. I looked young for my age at the time prompting referrals as The Boy City Manager. I went on to manage the cities of Imperial Beach and Solana Beach, California before changing careers to counseling (taking a big pay cut :).

Let’s see, I am a Dad with one grown son;  a vegetarian who sometimes eats fish; mentioned in Easyriders magazine for my harmonica playing; I had a  lawsuit go to the State Supreme Court after I tried to fire a guy for sexual harassment, and was instead let go along with the victims; I have been a fishmonger; Dressed as the Weinerschnitzel mascot; I love avocados; Proud Whistleblower of shenanigans at a non-profit; Stole & drugged as a teen; Two Masters degrees; Sung in a band; bullied; afficionado of The Lost Gospels and mysticism; Captain of the High School wrestling team; former waiter and busboy; went to kindergarten in Germany; Bodysurfer; attended 13 schools before graduating high school; attended my father’s funeral at age 11; Poet; collected old baseball gloves; saw The Ramones live, twice. 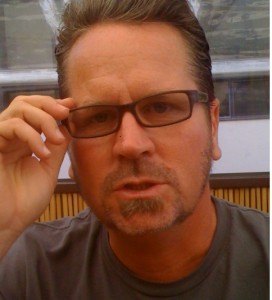